ATLANTA – Yesterday, U.S. Senator David Perdue joined Martha Zoller on WDUN Morning Talk and Brian Kilmeade on Fox News Radio to address the surge in violent crime in Atlanta and highlight his first two TV ads of his re-election campaign. Senator Perdue’s ads emphasize his commitment to defending the values that make America great and his efforts to pass police reform and strengthen trust between officers and the communities they serve. 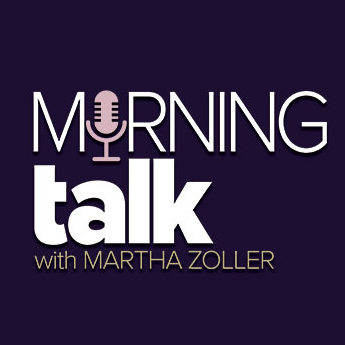 On Surge In Violent Crime In Atlanta:

“It hurts my heart. My dad integrated one of the first school systems in Georgia. He was a teacher, and my mom was a teacher. My dad revered Martin Luther King Jr. He had me read the letter he wrote from his jail cell in Birmingham. Dr. King espoused peaceful change. He gave speeches, and he drove a movement behind that. I think he’d be disappointed in the way that peaceful movement has been overtaken by the radical left and the anarchists among us…31 people were shot and 5 died over the weekend in Atlanta. These aren’t peaceful protests that are causing this. These are outside agitators who want anarchy in the major cities, and all the major cities that we’re talking about are run by Democrats. If you want a view of a country that defunds the police and abolishes ICE, you would have anarchy.”

“Georgia’s first responders are the best in the country. The vast majority of people in uniform protect us honorably. We’ve had some isolated incidents, and those will be dealt with. On the other hand, we can’t defund the police, and that’s what the Democrats are trying to perpetrate right now. This lawlessness that you’re seeing in the major cities portends what could happen across our country if the Democrats take control. I hear it on the floor of the U.S. Senate every week that people really do want to get rid of the police, get rid of ICE, and defund the military.”

On The Need For Leadership In Atlanta:

“31 people were shot over the weekend in Atlanta. There are anarchists who want to go in the way of Seattle and Chicago. In Chicago over July 4th, 87 people were gunned down and 17 of them died. On Memorial Day, 80 people were shot in Chicago and 21 died…To have an 8-year-old girl shot down in the streets of Atlanta. Where is the outrage? This is unacceptable. I applaud the Governor for stepping up and bringing out the National Guard. It shouldn’t be necessary, but it is necessary…. It’s about time we had some leadership in the City of Atlanta.”

“I’m supportive of the JUSTICE Act in the Senate. The Democrats wouldn’t even let us put it on the floor to have a debate and amend it. They want this more as a political issue than they do a solution. We’re all for police reform, but the vast majority of police officers serve us honorably. We are receptive to reform, databases, training, and all the things that could make our communities safer. But the first thing we have to have is law and order.”

“Tragic events have happened across the country, but there are so many acts of heroism that our first responders do every day that go unnoticed. We have to make sure that the police have our support. The vast majority of them serve us honorably. Without them, we have examples from what’s happening right now. Look at Seattle in the zone where the police are not allowed…that’s ridiculous. These cities that we’re talking about are all run by Democrats. If you want a view of America if Joe Biden gets elected, just look at some of these cities. They thrive on anarchy right now.”

“Over the past several weeks, we’ve seen peaceful protests calling for reform and equality in communities across America. Immediately, President Trump signed an executive order to begin the important process of improving law enforcement in our country. To build on these efforts, I’ve been working to pass the JUSTICE Act, a serious police reform proposal in the United States Senate. Unfortunately, Democrats led by Chuck Schumer didn’t even allow us to debate the issue on the Senate floor. They’ve made it clear that they want anarchy, because they are more concerned with having this issue as a political topic than achieving a real solution.

While we’ve been working on this important reform, we’ve seen an absence of leadership in the City of Atlanta that has resulted in lawlessness and violent crime surging in our streets. Nearly 100 people have been shot in the last month alone. One of the individuals who tragically lost her life this weekend was an eight-year-old girl named Secoriea Turner. I commend Governor Kemp for stepping up to fill the leadership void in Atlanta so that we can put an end to the radical elements that are perpetrating violent crimes and destruction under the false claim of seeking justice.

Justice for all is only possible when we have law and order. The vast majority of our law enforcement officials serve and protect our neighborhoods honorably. They need our full support so that rioting, looting, violent crime and the murder of innocent individuals doesn’t become the norm. Now is the time for us to invest more in law enforcement through the JUSTICE Act.

Unlike my opponent Jon Ossoff, who supports defunding the police, I believe now is the time to support and strengthen our police forces. At the same time, he should stop taking campaign money from radical donors, the majority of whom don’t live in Georgia, who are openly supporting efforts to defund and abolish our police forces entirely.”

“This November, the people of Georgia will decide the future direction of our country,” said U.S. Senator David Perdue. “We’ve achieved real results over the past six years, but our work is far from over. Now is the time to stand up for the principles that have made America the greatest country in the history of the world: economic opportunity for everybody, limited government and individual liberty. We’re going to expose the radical agenda that the Democrats are perpetrating and make sure the road to socialism never runs through the state of Georgia.”

“Our campaign is excited to share Senator Perdue’s positive vision with the people of Georgia,” said Perdue for Senate Campaign Chairman Alec Poitevint. “Senator Perdue has shown that he is still the original outsider, bringing a results-driven approach to the United States Senate. With an unprecedented grassroots movement representing all 159 of Georgia’s counties, our campaign will stand up to Jon Ossoff’s radical agenda and fight for families across our state.”

SCRIPT: Patriot
Contrary to what the radical left is saying, America has been and still is the greatest country in the world.

We are the shining city on the hill.

Many Americans have died defending it.

The vast majority of police officers protect us honorably.

Do we need police reform? Absolutely.

But is defunding the police the answer? Absolutely not.

Our officers need to look more like the communities they serve.

De-escalation training is a must.

Real police reform will make all of our neighborhoods safer and ensure justice for all.

We need to put politics aside and get this done.

On Meaningful Solutions For Police Reform:

“All the deaths that we’ve seen at the hands of the police are just outrageous. Loss of life is a serious issue, and I think we all know that we’ve got to do something about that. But imagine a world without some sort of exercising of the law. One of the things that sets America apart from the rest of the world is our rule of law. It needs to be applied, but it needs to be applied fairly in every community. That’s where we’ve had a breakdown. There’s a loss of confidence in some communities, and I personally think we can fix that. Senate Republicans are going to drive a bill that will actually make a difference with body cameras, more training to de-escalate, and making the police reflect the demographic nature of the communities they serve.”

On His Commitment To Equality:

“I’ve been involved with this since I was a kid. I grew up in Middle Georgia. My dad integrated one of the first school systems in Georgia. I worked for a Head Start program. I was involved in a literacy effort. I was Chairman of the National Commission on Adult Literacy for a while. This is close to my heart.”

On Being The Original Outsider:

“I’m an outsider to this whole political process. Even though I’ve been here for five years, I’m still the outsider in the belly of the beast. I see this with a different perspective. First of all, I don’t like career politicians. I don’t think that’s what the Founders had in mind. Second of all, I think we have an onslaught right now where the Democrats are targeting Colorado, Arizona, Georgia, North Carolina, and Maine. They’ve added Iowa and Montana…What we’ve got to do is make sure people know the truth. I trust the voters of Georgia. We’re going to do something that was not done in 2018. We’re going to expose all these radical policies that the Democrats are trying to perpetrate on America.”

On The Stark Contrast With Inexperienced, Privileged Liberal Jon Ossoff:

“The only thing that I’ve seen he’s been able to do is spend his daddy’s money and have this sort of fake career. Look, we told the people of Georgia why I was running in 2014. My mom and dad were public school teachers, I grew up working on our family farms, worked my way through school, and had a business career. I grew up in a pyramid of performance in my career, and that’s something we’ll talk about.”