TBT: Jon Ossoff, The Darling Of The Radical Left

With Jon Ossoff as their U.S. Senate nominee, Georgia Democrats have put forward an unaccomplished, privileged elite who has long been a favorite of radical liberals.

Since his failed congressional bid, in which he spent roughly $30 million mostly from out-of-state donors in California and New York, Ossoff has won the support of national liberals, radical activists, and Hollywood celebrities. Here are just a few of Ossoff’s closest political allies:

NANCY PELOSI: The radical House Speaker and San Francisco liberal was Ossoff’s top supporter in 2017, holding fundraisers in Washington DC on his behalf and claiming she was “proud” of him. Pelosi’s super PAC also made large donations to his House campaign,

BERNIE SANDERS: The self-described socialist vocally supported Ossoff and campaigned for him during his 2017, claiming it was “imperative” that he be elected. Vice has described Ossoff’s Senate campaign as using language that’s been “cribbed straight from the playbook of Vermont Sen. Bernie Sanders.” 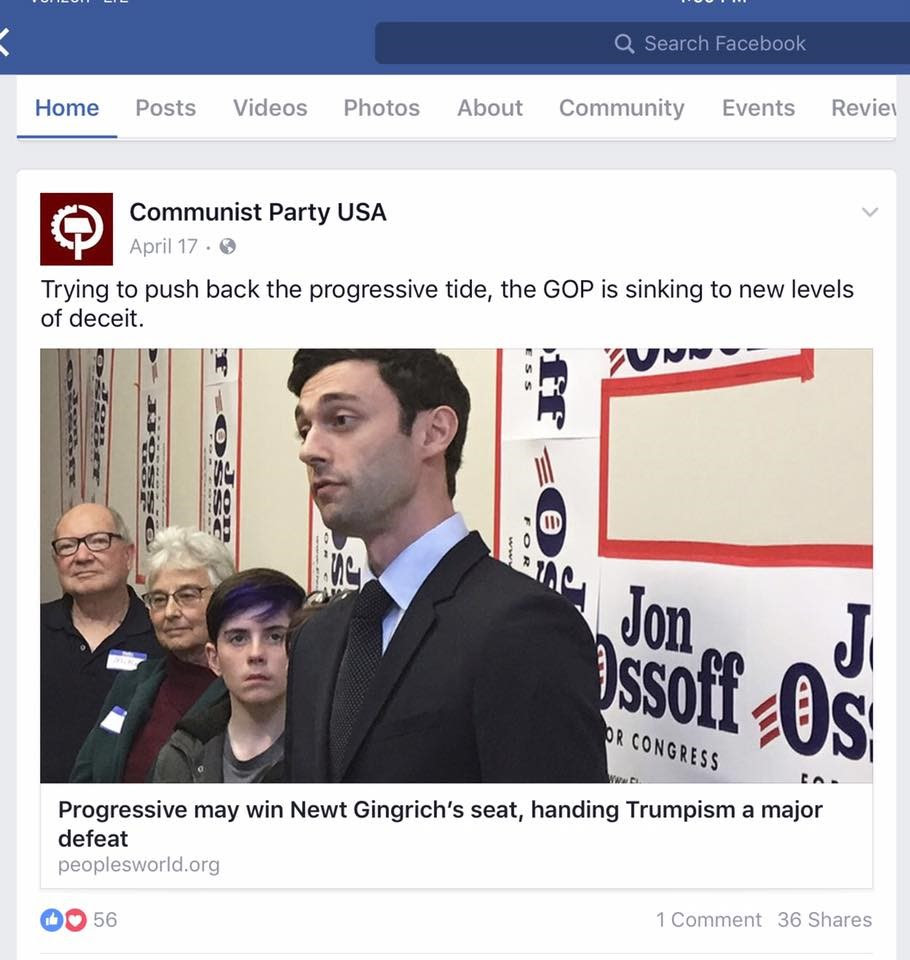 TED TERRY: One of Georgia’s most prominent socialist politicians, Terry endorsed Ossoff during his Senate primary. Terry supports dismantling law enforcement during a time of national crisis. As of this morning, Ossoff has refused to say whether he agrees with Terry.

HOLLYWOOD LIBERALS: Throughout his political career, Ossoff has relied on the support of radical Hollywood liberals including Alyssa Milano and Debra Messing to support his candidacy. The New York Times reported that he desperately tried to call Milano after he declared his Senate candidacy, presumably hoping she would continue to back his aspirations.

RADICAL DONORS: In 2017, Ossoff raised the majority of his money from outside of Georgia, mostly from coastal liberal donors in California and New York. During one quarter, Ossoff brought in a whopping 97.5% of his contributions from out-of-state. This trend has continued for his 2020 campaign, with Ossoff continuing to fundraise mostly from outside Georgia.

If elected to the United States Senate, Ossoff would be nothing more than a rubber stamp for liberals like Pelosi and Sanders, putting their interests ahead of the needs of Georgia families.